According to a prominent account, lemmas are abstract word representations that act as central relay hub for accessing conceptual, phonological, and syntactic representations linked to a word (Levelt et al., 1999). They are crucial for both speaking, accessing phonological representations from conceptual input, and listening, accessing conceptual representations from phonological input. Since lemmas are at the core of any language process, and linked to differing representations, it is difficult to study them in isolation. Converging evidence points towards the mid portion of the left middle temporal gyrus (mMTG) as the likely candidate region underlying lemma access (Indefrey & Levelt, 2000, 2004; Indefrey 2011; Piai et al., 2014). Recently, Garg et al. (in preparation) designed an fMRI study to investigate this notion. The authors utilized two language production tasks and two language comprehension tasks. Overlapping activity among all four tasks was found in the left mMTG, providing further evidence for this region underlying modality-indifferent as well as representation-indifferent lemma access. In order to further investigate mMTG’s involvement in lemma access across both language comprehension and production, we have designed a TMS experiment targeting the coordinates found in the Garg et al. (in prep) study, during both semantic classification of spoken words (comprehension) and picture naming (production). We are further interested in the specific time-windows in which the left mMTG is likely to carry out lemma access in each of these tasks. To this end, we have chosen three, post-stimulus onset, time windows each for the production and comprehension task during which to stimulate. These are based on temporal estimates from both word production (Indefrey & Levelt, 2000, 2004; Indefrey, 2011; Schuhmann et al., 2012) and word comprehension findings (Cibelli et al., 2015; Indefrey & Levelt, 2004). Since the temporal estimates for picture naming are more robust, we have chosen to disrupt activity in a 50 ms time-window as opposed to a 100 ms time-window for the semantic classification task. We will look at reaction time (RT) for the respective tasks across the different time windows. Any RT effects specific to stimulation in a certain time-window may hint at left mMTG’s time-specific contribution in the respective task. To further control for any TMS peripheral effects that may influence RTs, a control condition utilizing pseudo items has also been included. Any effect difference between the active and control condition should therefore reflect cortical stimulation and not TMS peripheral effects. Our predictions vary by task. We expect to disrupt lemma access in picture naming by stimulating the left mMTG between 225-275 ms post-picture onset. For semantic classification, we predict that stimulating the left mMTG between 325-425 ms post-word onset will interfere with lemma access. We expect there to be a difference in RTs across the time windows for the real items but not for the pseudo items. Such a pattern would provide evidence of both the spatial and temporal aspects of lemma access. 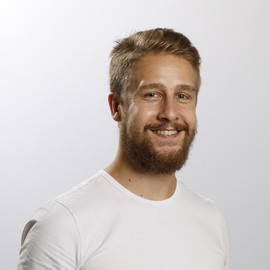 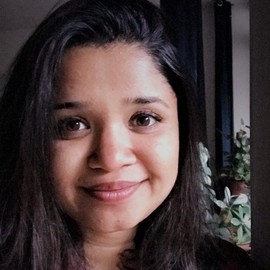