Primary progressive aphasia (PPA) is a neurodegenerative language disorder. Despite recent research, this disorder is studied less than vascular aphasia. There are three main accepted variants: nonfluent/agrammatic PPA (nfv-PPA), semantic PPA (sv-PPA) and logopenic PPA (lv-PPA). Research that looks into the spontaneous language production of each of these variants stems (almost) exclusively from English speaking patients. However, English has relatively simple morphosyntax. Therefore, research that examines grammatical and lexical characteristics of patients with PPA with another native language may offer better insights into the language production of PPA. In the present study, fifteen Dutch speaking people with PPA provided an oral description of a situational drawing (Visch-Brink, Vandenborre, De Smet, & Mariën, 2014). Lexical and grammatical features were evaluated and contrasted for the three variants. Furthermore, the research also examined the relationship between the semi-spontaneous language production of PPA individuals and their performance on standardized confrontation naming and working-memory tests. The relationship in the literature is unclear, despite the fact that confrontation naming and other neuropsychological tests are commonly used in the diagnostic process of the disease. In the present study, individuals with sv-PPA produced a reduced number of nouns and adjectives relative to the other variants. They also used higher frequency nouns. Individuals with lv-PPA produced less copular verbs and those with nfv-PPA produced more incorrect finite verbs. The number of dependent clauses was reduced in both lv-PPA and nfv-PPA relative to sv-PPA. However, due to the small sample, these measures were not statistically significantly different across variants. Regression analyses relating lexical variables to confrontation naming scores failed to provide evidence for confrontation naming score as a predictor for semi-spontaneous language performance. Furthermore, digit-span failed to serve as a predictor for grammatical complexity in semi-spontaneous language of PPA. The present results provide a starting point for hypotheses for further research. 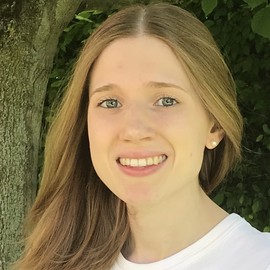