Are alpha and beta oscillations spatially dissociated over the cortex in context-driven spoken-word production?

Alpha- and beta-band oscillatory power decreases have been consistently found in spoken-word production, and localized to left lateral-temporal and lateral-frontal lobes (e.g., Piai et al., 2015; Roos & Piai, 2020). These oscillations have been linked to both motor preparation and conceptual and lexical retrieval processes (Piai et al., 2015). However, the observed power decreases have a broad frequency range comprising two “classic” (sensorimotor) bands, alpha and beta. It remains unclear whether alpha- and beta-band power decreases support a single operation or contribute independently when a spoken word is planned. Using magnetoencephalography, we probed whether the alpha and beta bands are distinct from an anatomical perspective. Participants named or judged pictures after reading a sentence that was either constraining or nonconstraining towards the final word, presented as a picture (Piai et al., 2015). To better isolate the alpha and beta bands for each individual, alpha and beta spectral distributions on the sensors were defined using an irregular-resampling auto-spectral analysis (IRASA, Wen & Liu, 2015). IRASA allows distinguishing rhythmic activity from the concurrent power-spectral 1/f modulation, which creates spurious correlations across frequency bins. The peaks of alpha and beta were defined on a participant basis using the 1/f modulation-free power spectrum averaged over the sensors that yielded large context effects on the group level. Then, we used beamforming to localize the alpha- and beta-band oscillations respectively in the pre-picture interval based on the individualized peaks of alpha and beta on a participant-by-participant basis instead of using canonical frequency bands. For both the naming and judgment tasks, the alpha and beta power decreases overlapped in the left posterior temporal lobe extending into the left inferior parietal cortex, associated with conceptual and lexical processes. To compare the spatial distribution of alpha and beta power for each task, we used the earth mover’s distance, which is a measure of the distance between two probability distributions over a region (Rubner et al., 2000). For both tasks, the power distributions of alpha and beta at the source level in the left temporal and inferior parietal cortex did not differ, as shown by a significantly small earth mover’s distance. By contrast, for the left frontal region, the power distributions differed significantly between alpha and beta for the naming task. These results are consistent with previous findings that alpha-beta oscillations in the left frontal cortex for context-driven word production are less consistent (Roos & Piai, 2020) and less critical (Piai et al., 2017) than in the left temporal and inferior parietal cortex. Our results suggest that for lexical-conceptual retrieval, alpha and beta oscillations do not dissociate and, thus, are distinct from the classical sensorimotor alpha and beta oscillations. 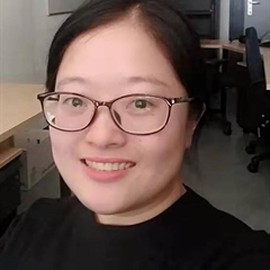