Functional magnetic resonance imaging (fMRI) is suitable for mapping the functional neuroanatomy of cognitive processes. However, mapping brain areas for specific tasks with fMRI does not necessarily guarantee validity, as activity profiles can vary across multiple measurements. Another difficulty is to capture temporally dynamic modulations of brain activity, which could result in unreliable or poor mapping results. To study word retrieval in a way that more closely resembles natural language use, we employed context-driven picture naming, providing an either constrained or unconstrained setting for naming. The picture depicted the final word of a sentence, retrievable either through sentence context (constrained sentences) or only after picture appearance (unconstrained sentences). We tested the suitability of fMRI for language mapping of context-driven word retrieval and whether it captures a build-up of sentence context during language processing, as well as its consistency across sessions. Fifteen healthy speakers performed the task, reading incomplete sentences (word-by-word) and subsequently naming the picture depicting the final word. This procedure was repeated in an equivalent second session two to four weeks later. Picture naming times showed a strong context effect, confirming that constrained sentences prime the final word. Tapping into word retrieval per condition, the fMRI analysis focused on BOLD contrasts during three different points in the sentence: first word, pre-picture interval, picture appearance. We assumed that the final word of constrained sentences would be retrieved at the pre-picture interval, while this could only happen after picture appearance for unconstrained sentences. Averaged over sessions, the contrasts at sentence beginning were similar across conditions, but revealed differences between constrained and unconstrained sentences at the pre-picture interval as well as at picture appearance. Before picture appearance, the contrasts revealed BOLD increases for constrained over unconstrained sentences in classical left-hemisphere language areas as well as other areas in both hemispheres. After picture appearance, we observed a similar profile of BOLD increases for unconstrained over constrained sentences. This indicates that sentence processing is condition-specific and differences only unfold with the build-up of sentence context over the course of the sentence. Thus, the BOLD increases are likely to reflect processes of word retrieval per condition, as they only occur when the final word is known. Although the activity profiles of word retrieval per condition are similar, they do not completely converge. In terms of across-session consistency, the contrasts per time point yielded highly similar results per session, when averaged across conditions. Nevertheless, the different BOLD contrasts per session were not as similar, and session consistency was decreased when not averaging over conditions. To conclude, the context build-up over the sentence was captured as activity increase in language-related areas before picture onset in constrained sentences. The consistency of the mapping was high, but only when averaged across conditions, suggesting that more power is needed for detecting reliable activation patterns. Thus, the suitability of fMRI for mapping rapid and subtle context-driven retrieval processes may be limited, which is especially relevant for clinical purposes. 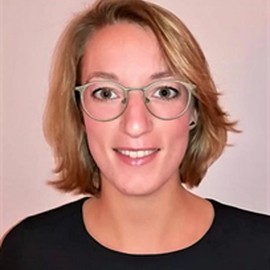